There is no doubt that these times are incredibly stressful for everyone. I have witnessed in people and expressed myself so many tears of frustration as well as periods of complete nothingness. I have been incapable of doing many things due to the amount of pressure and stress I have been under. Including packing my bags so that I can leave. Now after the update from the Indian Prime Minister this morning, I am glad that I did not waste any energy and emotion in packing my bags.

This morning the Indian Prime Minister announced that the lockdown will be extended to the 3rd of May. Before this announcement, I had been frantically trying to jump through the numerous hoops required to get a travel pass to get from Rishikesh to Delhi to catch my flight. Which was due to depart in the early hours of the 17th of April.

After I purchased my flight ticket (which saw a waterfall of tears and tantrums in frustration at the airlines, current situation, my bank, and the cost of the flight being 5 times what it initially cost me to get to India from Australia) I started to try and understand the process of arranging a movement pass. This was needed for me to pass through different states in India to get to Delhi where my flight would leave.

I received advice from one of the Australians who is also in Rishikesh. They said that I needed to request information through the Australian High Commission (AHC). They advised that I needed to arrange a series of other documents before they could provide me what I was requesting. I followed as they said and I went to the local police station. The police advised that we would need to complete an application form with details of a taxi driver. And to do that we would first need to go to the district magistrate.

Due to the curfew and no one being allowed outside after 1pm, we were unable to do this all on the same day. On Easter Monday a friend and I went to the district magistrate’s office. We had an application we had created based on templates of other countries, however the office was closed. We then went to the police station and were advised that without permission from our embassies they were unable to do anything for us.

By this point, my patience with the AHC was exceptionally thin. I was beyond frustrated that a group of Australians had been able to organize private charter flights to get Australians home, yet the AHC and our government were incapable of doing so. Why were they unable to achieve the same result as this group of Australians? Surely they are better connected than they are. I was also exceptionally frustrated that they would not provide me with the documentation I required. Having only 2 days to complete the entire process. They would send email updates making statements about the private charters. Saying they were unable to endorse these flights and that they would continue to advise us of our commercial flight options. This is untrue. Not once did they ever provide any guidance on commercial flights. Other than to advise us that when the government decided they would not be collecting us. Then that a commercial flight would be our best option.

I collected the authorization letters that were being provided by other countries embassies and sent them through to AHC. Asking that they send me the same as a matter of urgency. I currently still do not have this documentation. If I had received it by now, there may be a slim chance I would be able to get the documents arranged. But that is not the case. I am so incredibly disappointed with the AHC and its inability to assist Australian citizens during this time. Perhaps they are understaffed as no one was aware an event such as this could occur. But I can only imagine the amount of money people would be losing on their flight tickets. Simply because the AHC is unable to provide accurate information. Or provide the required documents in a timely manner.

I expressed to my friend yesterday that it felt like a violation of basic human rights. If I am an Australian Citizen, have a ticket to return to my home country yet have to complete a numerous step process to get to the airport just to take my flight, how is it possible that it can all come undone due to my own embassy? Although this was my major concern yesterday and I am still exceptionally frustrated about it, this is no longer relevant.

I have received no official notification of the cancellation of my flight. However there is a range of evidence pointing to its cancellation. For clarity, I have listed these individually below.

3.       Skyscanner no longer shows this flight as available to purchase a ticket for.

4.       Qatar Airlines website states “there are no flight options” when searching for flights on my date of departure. There are also no flights available for this route for the following days.

5.       The extension of the lockdown in India includes commercial flights.

Despite all this, Qatar airlines website still states my flight is scheduled and I have received no official notification to the contrary. I now have to make the decision of whether I cancel the flight myself and request a refund and be subject to an administration fee that is not disclosed, or waiting for the official cancellation of the flight and receiving a full refund.

If I wait for the cancellation and the flight is not canceled, I have no options of getting to Delhi to take the flight thanks to the AHC. I will then lose the near $2,000 I spent on the ticket. But I guess this is a gamble that I need to take and just hope for the best.

Although I am not entirely angry about being stuck in India. As my regular reader knows I love this country wholeheartedly. There is however growing concern about my security here. There are hotels and hostels needing to close their doors. This means the people staying there need to find alternative accommodation. Something that is largely illegal currently to prevent the spread of the disease. I believe I am safe where I currently am and am surrounded by friends. But there is no certainty on how long Coronavirus will continue to impact the world. And who knows what this means for the place I am currently staying.

I am by no means lacking food. Actually, I have put on a significant amount of weight the past month! Often I find myself stress eating and not finding the motivation to do any intensive yoga. I will likely be quite fat by the end of this lockdown!

For now, I will continue attempting to write to recover the significant financial losses I have incurred. But it is hard to find the inspiration to write most days. On the days I can’t write, I will gladly fill my days with painting. Restless Nomad Art might start to get a bit of a workout! 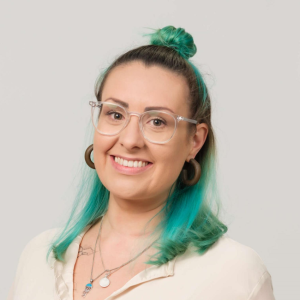